Bones In The Desert

by Jack Logan and Scott Baxendale 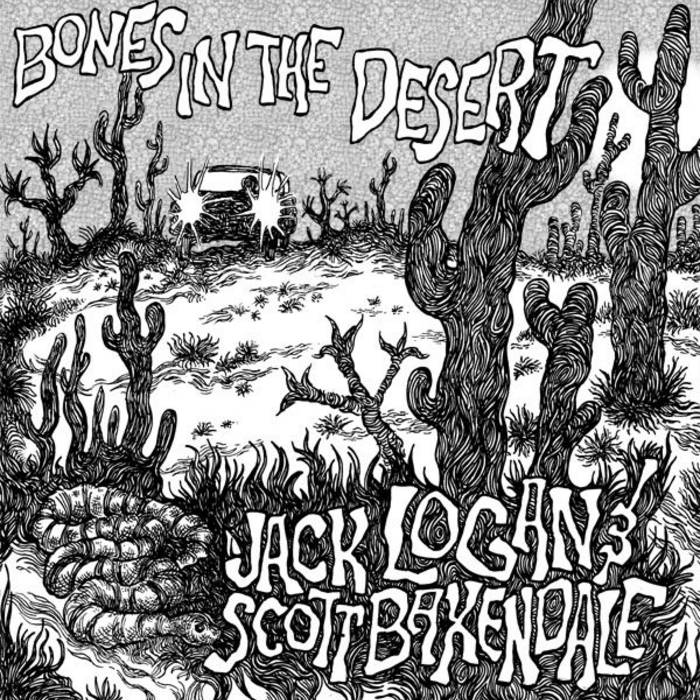 Jack Logan is back with his 12th studio album since his debut solo album in 1994. A debut album with an astonishing 42 songs, Bulk gained notoriety for the sheer size of the release-- unfortunately more so than the quality of the songwriting. To be fair, it was a lot of work for Twin/Tone Records (home of The Replacements early releases) honcho Peter Jesperson to take 600 recordings made from 1979 to 1993 and distill them to only 42 songs! From the Bulk liner notes Jesperson says, “I went for the best songs and for what was most representative of the variety of styles. It seemed to be the only way to put across what Logan was all about.” Since that time Jack’s sporadic releases have bounced between record labels and self-released-- even spending a very brief time on a major label for the 1999 album Buzz Me In.

Logan has a very supportive and talented group of friends he regularly counts on to join him on-- in his words-- “compulsive recording.” For Jack’s new album titled Bones in the Desert, he partners with Scott Baxendale who brought music with an Exile on Main Street-flavored blend of moody melancholia and cranky guitar rock. Considering that portions of Logan’s recorded output often resemble a belligerent Perry Como fronting the Rolling Stones, it is a comfortable fit. In addition to being a songwriter and guitarist, Baxendale is probably best known as being a top-notch luthier whose custom guitars are in the hands of musicians like the guys in Drive-By Truckers, Jason Isbell, Justin Townes Earle, Will Dailey, Butch Walker, Mick Jones of the Clash, and Ryan Bingham.

Bandcamp Daily  your guide to the world of Bandcamp